Therapy for Individuals, Families and Couples 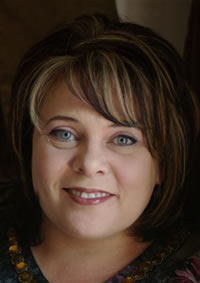 As a clinical psychologist, I mainly work with individuals, couples and teenagers or young adults. I am especially interested in working with severe depression, personality and anxiety disorders. Working with relationships and personal development is also a passion of mine.  My therapeutic style is very” Rogerian” as I pay lots of attention to the individual and our relationship.  It is imperative to me that a person who is hurting has a safe and comfortable environment for healing to take place. I always set clear goals to determine our therapeutic path and often use cognitive therapy to attain these goals. My primary focus in therapy is to provide options were a person might feel that there is no option available. I have received extra training in the field of trauma and disaster management, personal development and brief therapy or solution-focused therapy.  I am also training in the field of online therapy. I have also obtained my Ph.D in Clinical Psychology. The main focus of my studies was Anger Management. My motto in life is “life is full of cacti, but we don’t have to sit on it”!

Member of the Psychological Society of South Africa

2007-current        Lecturer at the School of Ekwilibria in Potchefstroom

2010-current        Affiliate with the National Responsible Gambling Board (NRGP)

2010-current        Affiliate with Traumassit and Healthchoice

Development, Presentation and Implementation of programmes

Awarded best lecturer at the School of Ekwilibria (2010)

2007-     Working with sexually abused children and children of divorce